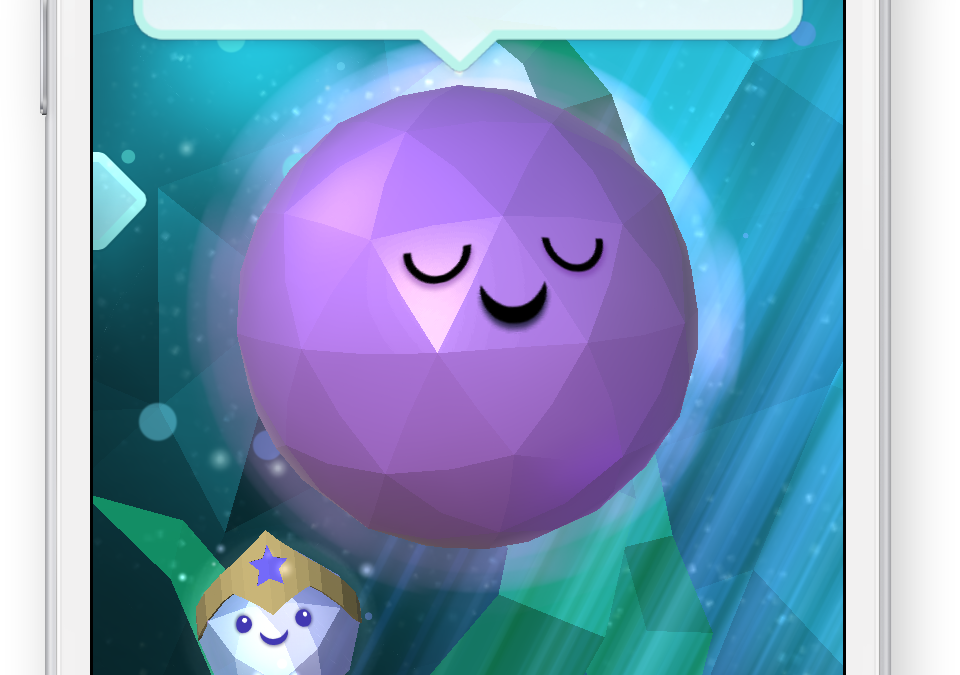 Today we’re glad to hear from Mindful Powers, a mindfulness app for kids that helps foster greater awareness. Read on for their introduction of this neat app! A screen from the Mindful Powers app

Mindful Powers™ is a kid-first, holistic approach to building social-emotional learning through the power of play. It’s built on a skills-based methodology that helps children in early and middle childhood build a healthier relationship with life, stress, and anxiety, and it empowers them to bring calm to their lives at the touch of their fingertips.

Jessica Barnes, Creative Director, and Anna Ho, Associate Director of Strategy, of Smashing Ideas (a digital innovation agency), sought to create a digital experience that addressed these complex challenges. As Smashing’s leading experts in the youth, healthcare, and education markets, they sought a skills-based methodology that was not only based on science, but put kids in the driver’s seat. Mindfulness, the ability to be aware of what’s happening with one’s emotions at any given time without getting carried away by them, became the basis for the mobile application that would act as a superpower for kids when they felt like their brain was overloaded. The concept for Mindful Powers centered around the hypothesis that kids would feel calm after smoothing and soothing a central character, named Flibbertigibbet, in conjunction with voice-guided mindfulness stories. Kids begin their mindfulness journey with Mindful Play – a series of progressive voice-guided stories that teaches them how to master the power of mindfulness. In addition to Mindful Play, we created Focus Time – a Flibbertigibbet-led self-set timer that helps kids set mental parameters around a given task by applying designated focus time until the task is completed.

Throughout the development of Mindful Powers, Smashing Ideas worked closely with their consulting partner, Dr. Roger Vilardaga, a clinical psychologist and Assistant Professor at Duke University. As a leading practitioner of Acceptance and Commitment Therapy which shares numerous commonalities with mindfulness, Dr. Vilardaga substantiated that “Mindful Powers is not a cookie cutter approach to mindfulness. Based on contextual behavioral science and inspired by an approach to therapy called Acceptance and Commitment Therapy, it recognizes that mindfulness is a skill and technique that can be learned in small bits that are gradually presented and trained. Mindfulness is an important life skill that everyone ought to have.”