We specialize in the treatment of the problems below; keep in mind that when we say “we specialize” we really mean it, it’s not just a written word in our clinical work.

Learn more, take a self-assessment, and make an informed decision about therapy

At times it’s difficult to figure out of what you’re struggling with or what’s going on with your kid/teen. If you are an adult and want to learn more about each specific condition we treat, click on the link “what is it?” If you want to check whether you’re struggling or not with that particular problem, click on the link “self-assessment.” (keep in mind that these questionnaires are for informational purposes only and do not constitute formal clinical assessments).

For parents ...click here if you want to know what’s going on with your kid/teen?

For adults: select any of the options below:

What are they?   Self-assessment

What is it?   Self-assessment.

What is it?   Self-assessment.
New: Intensive OCD and anxiety program

Why our clients love working with us 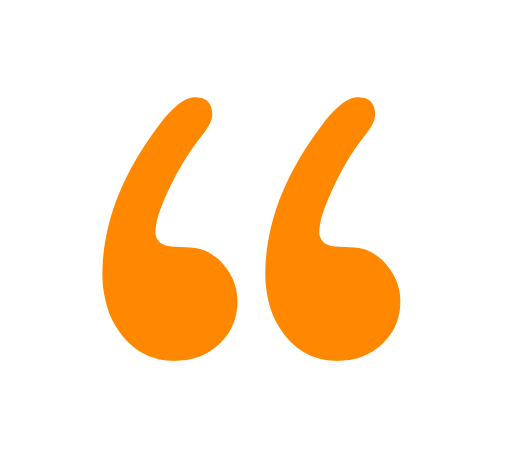 "I am very grateful for finding Dr Zurita. She is responsible for teaching my son skills that have changed his life socially and enabled him to leave home and attend an out-of-state university. This was the dream of a lifetime for him and it would not have been possible without her help. Her guidance has also made it possible for him to live a much richer life, full of experiences he would have never considered, prior to his time meeting with Dr. Zurita.

I encourage parents to start this process much sooner, if they sense their child is having difficulty at a social level. Had I understood what he has been going through all of these years, I would have started the process much earlier, so that his prior social experiences and especially those in school, would have been much fuller ....

"Working with Patricia Zurita Ona has changed and saved my life. I have struggled off and on for years with sever anxiety disorder and OCD . I have been to therapy throughout the years and have found some helpful but nothing really got to the core of the problem. I often felt crazy and that my incredible fear and my phobias would remain with me thorough my life, I would not drive on the freeway, eat certain things and had constant catastrophic thinking, thus creating a lot of depression.

I needed Cognitive Behavioral Therapy which I saw advertised on many therapists’ websites. When I would call most of them they said they offered it and specialized with Anxiety Disorder/ OCD which was not the case. I had felt alone, hopeless and frustrated for the past 9 years. Never feeling like I was getting the help I needed. It was not until I started meeting with Patricia that I actually started to feel better and feel as if I had control over my life and started to live again ...

“Patricia and her team have completely changed my life! I cannot express my gratitude enough.

She helped me craft values and goals I wanted to have in my relationships, and walked me through each step of how to get there. Her methods are simple, manageable, and make sense when you are upset. I’ve been to therapists who have told me to take deep breaths, visualize calming colors, rip paper, go for a walk or scream in to a pillow when im angry. But in the moment, when im soooo angry, none of these world work. I would forget to do them, or I would already be so angry, that they were ineffective to help me calm down. Patricia’s methods are not only EXTREMELY effective, but they are easy to do, they make sense in the moment, and they bring about radical change when you apply them ...

“I do not know how it reflects on my credibility should I happen to brag about being a seasoned vet when it comes to therapists and mental wellness pursuits. Regardless, I am. And on top of that, I also happen to be a health care practitioner myself. This means, for the purposes of a review, that when I walk into a new Doctor’s office, there is an additional dimension of critiquing for me to process. I would never willingly put myself under the guidance and care of a Doctor who did not 1) Impress me as a capable and honest caregiver and 2) Impress me as a professional colleague.

I think that these are the basic bulletpoints that strike me when I consider why I think so highly of Patricia. Dr. Zurita takes NOTHING more seriously than the pursuit of her profession. Except possibly you, the patient.

Other therapists are extremely knowledgeable.

Very few therapists are both. Patricia Zurita Ona is one of those very few.”

"I have referred several of my most challenging patients to Dr. Patricia Zurita-Ona, and been extremely impressed both with her clinical skills and humanity. I recommend her most highly. John Melbourne McGraw, M.D. melmcgraw.net."

Read more
“Dr. Patricia Zurita Ona truly cares about her clients. Behavior therapy with her has benefited myself and my husband regarding my obsessive compulsive behavior. She has a gentle and kind approach and I would recommend her to others.”
Read more

“I was referred to Patricia Zurita Ona from my son’s psychiatrist for cognitive behavioral therapy treatment of his obsessive compulsive disorder (ocd) and anxiety which rose to a level which was out of control. Dr. Zurita Ona is very skilled at working with teens who suffer from anxiety, especially related to academic success and test anxiety. She helped my son learn coping mechanisms and stress reducing strategies to control his level of anxiety. Dr. Zurita Ona introduced my son to a great stress relieving app which involves deep breathing and meditation. She has an amazing ability to connect with teens and get them to open up about their struggles, create realistic plans of attack and create goals so they can lead joyful lives and not be so burdened with their stress. We saw her weekly for about 1-2 years and my son’s sessions with her were very beneficial to not only him, but our entire family as his stress was causing tension for us all. Dr. Zurita Ona explained to me why my son had certain behaviors and ways to help him learn new strategies to cope with his anxiety. If you have a teen who needs help to learn how to manage and control stress and anxiety, schedule a session with Dr. Zurita Ona! I highly recommend her services!”

What if most of the chaos in your mind goes to the background by learning research-based life skills and getting clear about what matters to you?

Get real, practical, and research-based skills to stop "playing-it-safe."